It's been a long time since the last posting and truthfully,  I don't know when I'll be able to get back for the next update, but I had to share this with everyone..,

Today Vada and I spent a little over an hour going through the numbers 1-5. We used several different objects that we had in our classroom and grouped each number separately as their own individual lesson.

Vada is awesome at sign language. She knows more than we do, which is funny because am the one teaching her the signs. However, I do have to give props to Rachael from Sign Time because obviously Vada is picking up tons from her shows as well! Because Vada uses more signs than verbal language her abilities can be easily underestimated, not just by those who don't know her, but us as her parents as well because there is a slight language barrier. Today I quizzed Vada on her number knowledge and she blew me away! While she acted bored and not overly interested in what were doing at times, she clearly was paying attention. And I realized that I need to step it up a notch (or two) in our next numbers activity!

Check out the below video see Vada showing off her number knowledge...

You are doing a great job with Vada. She really knows her stuff. I would love to know where you bought those great number cards.

The above article is nice and interesting, thank you willing to share! Greetings success of admin :) cetak buku murah wish you deign to visit my website, thank you :)

appearance of blogs and articles that are presented is very interesting.
I'm in the stage of learning about bloggers for criticism and suggestions visit my page bikin buku umroh cepat

Sometimes It's Okay To Be A Follower 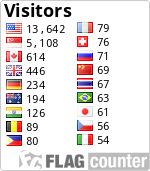 Blogs that I cant get enough of